To trade Castellanos or not? That is the BIG question...

The Tigers are apparently talking trade with a number of teams...the Cubs ( Garza Barney, Dempster), the Diamondbacks (Upton), the Mariners (Vargas), and apparently Greinke from the Brewers...the big question is whether Nick Castellanos is tradeable...I realize that you have to give up something to get something with quality in return....the only guy I would say possibly is Upton who would be worthy and even there I have some reservations...I would not put him in the same category as Cabrera when we traded Cameron Maybin and Andrew Miller along with some other minor leaguers...Upton could be close to Cabrera's caliber in a year or two but then so could Castellanos who is moving to the OF apparently.....What say ye, baseball and Tiger fans...do the Tigers trade him? 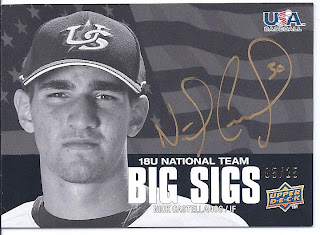 Posted by wolverine musings at 6:57 PM 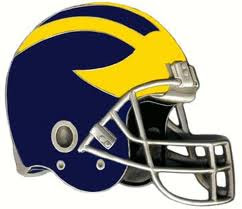 wolverine musings
Hudsonville, Michigan, United States
I am an avid UM fan who loves college football and am a collector of all sports although now concentrate on collecting all sorts of cards of University of Michigan athletes in their college uniforms, autos, memorabilia cards, and other oddball cards